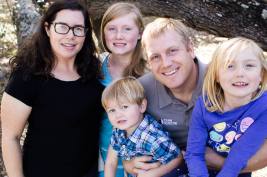 Ken Harbaugh, prospective candidate for Ohio’s 7th District of the U.S. Congress will visit Mount Vernon on April 29. He is scheduled to appear at the Grand Hotel, 11:00 a.m. – noon, preceding the weekly “Signs on the Square” at 12:30 p.m. He is a former Navy pilot, an Ohioan, and the president of Team Rubicon Global, a worldwide disaster relief organization that unites the skills and experiences of military veterans to rapidly deploy emergency response teams, according to Wikipedia.[1]

The 7th District congressional seat is currently held by Rep. Bob Gibbs, a Republican who resides in Holmes County. Gibbs has served in public office—at the state and national levels— for more than 15 years. According to his bio, “Gibbs is also a member of the Republican Study Committee, a group of over 175 House Republicans organized for the purpose of advancing a conservative social and economic agenda in the House of Representatives.”

Harbaugh, a Democrat, is likely to be a serious contender for the 2018 election in Ohio’s 7th District. Over the past 15 years, Harbaugh has become a leading authority on veterans issues, and a commentator on civilian-military affairs. He has appeared on numerous national broadcasts, and his writing has been published in The New York Times, The Atlantic, Time, and the Yale Journal of International Law. He advocates on behalf of military veterans, and is the author of the memoir Here Be Dragons. Harbaugh lives in Avon, Ohio, with his wife, Annmarie, and their three children. 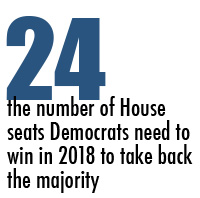